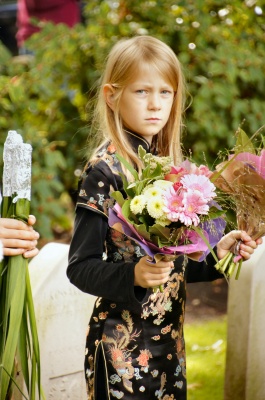 Adults have an innate ability to live through tragedy and still find a way to recover in the years that follow. It is something of a trickier task for children, as the impact delivered by a tragic event is one that can last a lifetime. It makes you wonder how the children who were in Christchurch when the big earthquake hit 5 years ago are coping today. The answer is probably not an easy one, as the emotions that they feel are sure to be varied based on what they experienced individually on that fateful day.

One little girl, Abbie Walls was at the City Mall with her mother, preparing for a visit to the dentist when the earthquake hit. Abbie survived the ordeal because her mother used her body to shield the girl, who was 6-years old at the time of the quake. When workers finally cleared the rubble and found the mother and daughter, the assumption was that neither of them would make it. They were rushed to the nearby hospital, where both ended up laying in a coma for an extended period of time. The fact that both are still alive today to tell their story is nothing short of miraculous. There was a time when Abbie felt as though she would never be happy again, but the pleasant ending to her story has helped her heal in more ways than one in the last 5 years.

The story is not quite so happy for Molly and Matilda Maynard, as the girls, aged 8 and 7, will spend the anniversary of the earthquake delivering flowers Christchurch to their mother’s grave. She was killed in the PGC building collapse, and her children are now forced to remember that day in the most unpleasant way possible. Both girls still live with some degree of hope, though, as both firmly believe that they will be reunited in Heaven with their mother when their time comes, hopefully many, many happy years from now.

Those colours will spread even further once the riverside parks in the red zone start to near completion, all of which will help breathe even more new life into a city that many believed might be left for dead. All of these positive changes are a sign of the resilience of the people of Christchurch, with the new high-rise building perhaps the clearest sign that the residents of the city refuse to let fear stand in the way of progress.